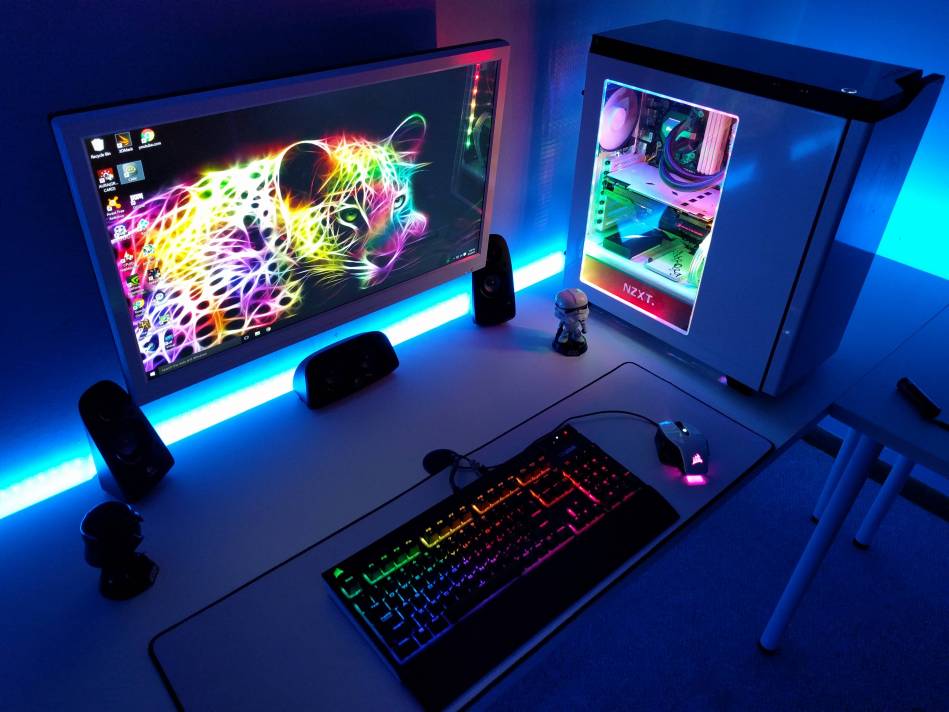 I went on Dell website and maxed out the specs on their Alienware desktop. The computer came out to be $8,000. What boosted the price the most were duel GeForce 1080Ti graphics cards, 64 gb of ram, 4TB of hard drive and other specs. $8,000 is a hell of a lot of money to spend on a gaming pc regardless if you use it for anything else. I only expect people who make a living on gaming and other high tech careers to spend that kind of money on a pc. And I’m sure even most pro gamers, photographers, and musicians, etc don’t need an $8,000 pc to do their job. I expect someone who has money-to-blow to spend $8,000 on a pc just for the hell of it.

Even thought PCs are upgradable while consoles are obsolete once the new generation is released, it’s still a lot more expensive to upgrade a PC than to upgrade your console. PCs can be hacked, obtain bugs and other problems. Consoles can’t be hacked and for the most part all the bugs are fixed within six months after initial release.

I bought into the whole mouse and keyboard are more accurate for FPS games. It is easier to aim with a mouse than a controller but I still like playing with controller more than keyboard. And I’ve heard rumors that consoles will one day support keyboard and mouse. With every new generation consoles are becoming more competitive with PC gaming. The Xbox One X is equivalent to a GeForce 1060 graphics card which is what I have. If I only use my PC for gaming then I’m wasting money unless I max out the graphics potential on a PC. And it wouldn’t just be the graphics I’m paying for. To have high end graphic cards you also need other high end components to support those graphic cards. RAM, motherboard, and other items play an important role in your gaming experience.

Even if I had money to blow on an extreme gaming PC. I already know I’m too lazy to upgrade it when it comes time to do so. Hell, it might take me forever to even figure out which components need to be replaced. And if I don’t know how to replace it myself then I’m going to have to buy the part and pay someone else to install it which can end up costing as much as a new gaming console.

I rather just buy a gaming console and with basic maintenance it usually works fine until the next generation comes out and beyond that.

Gaming PCs are for your most enthusiastic gamers who care about pushing out every frame rate per second. Yeah I care about graphics but I care more about having money and spending it on more important things. I’m sure I’ll buy a gaming PC again someday, but when I do it’ll be when I’m super rich and can easily put out thousands of dollars to have the best gaming PC out there.