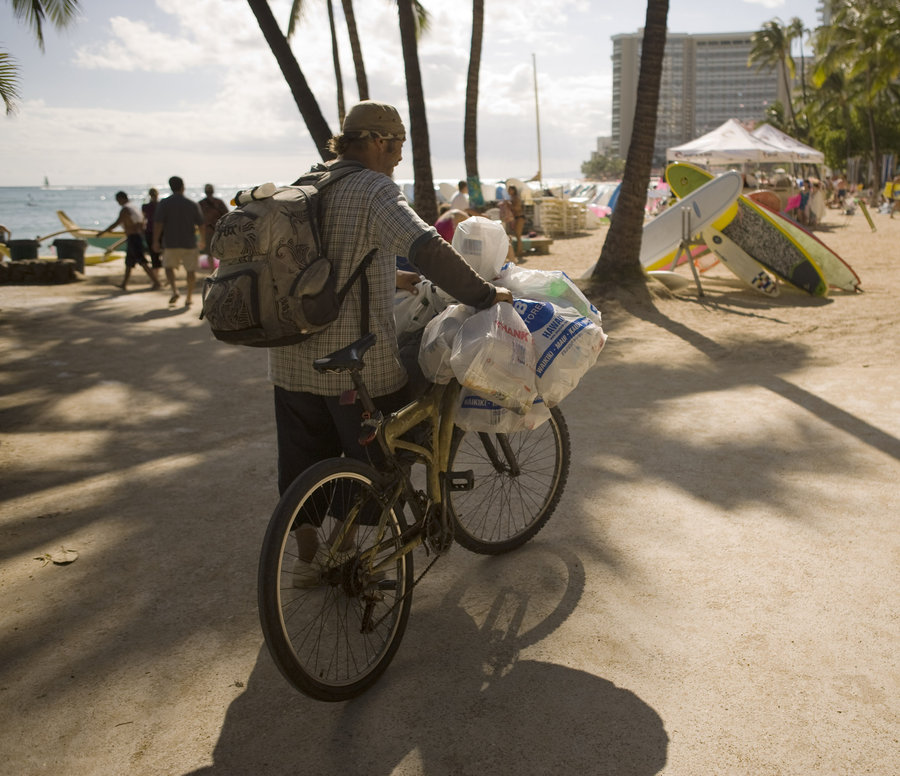 On June 26, 2016, I volunteered to help clean up a homeless camp. A homeless camp is an outdoor area where homeless people make tents for shelter. This homeless camp was in Wahiawa, Hawaii. Hawaii has a huge homeless problem for many reasons. One being that it is an island, so the homeless have no way of traveling. Every time I leave the gates of Schofield Barracks I see people standing on corners with signs asking for food, or saying that they will work for food. I sometimes stop and give some money, but cleaning up their shelter is more beneficial. Give them money and I can only hope and pray that they spend it on something wise.

It was a humbling experience cleaning up their community. I didn’t know what to expect because the most I’ve ever done for the homeless was give lunchboxes in the park. When we arrived at the camp, it was muddy from the rain, and you had to walk down a steep hill to get inside the camp. Some people slipped and fell carrying the heavy trash bags filled with God-knows-what up the hill. Standing on the hill was hard too. We made an assembly line, and I was placed in the middle of the hill, so it was hard for me to catch my footing on the slippery mud.

It felt like the trash just wouldn’t end. We started at 9:00 am and didn’t finish until 11:30 am. If you think sitting through a two hour and thirty-minute movie is a long time, then imagine cleaning up peoples’ buckets of feces, and bags filled with junk and roaches; I couldn’t wait for it to end.

At one point I wondered what was the use of all this hard work when in a few months that camp would be filled with junk all over again. But, a friend corrected me, and I realized that until I am put in that position, I don’t know what kind of lifestyle I’ll live or how many possessions I will keep. It isn’t my place to judge why homeless people hoard, or how they became homeless in the first place. My job is to show compassion and help make a better living environment for them. Only God knows how they physically got there and where they are going spiritually.

Some people think by cleaning up their environment that we are enabling them to be homeless. Well, I don’t see any employers going down there with job applications so what else are we to do? It’s easier to assume that every homeless person got that way by addictions and laziness. That thought process helps us feel better driving by their camps every day ignoring the problem. It takes humility not to try to figure out which homeless person is a veteran and which one is a result of drug abuse. Cleaning up their camp is empowering the homeless and the community. You’d be surprised how much a helping hand and a kind word can change someone’s life more than just handing off a few dollars.