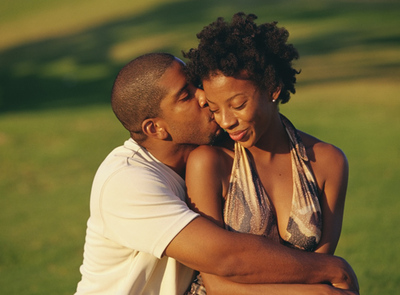 During a military training that teaches the importance of caring about other soldiers, a soldier shared their story when they went through marriage troubles. One day the soldier’s husband came home and told her that he never loved her and that he was leaving her. She then goes into telling how her chain of command and battle buddies cared for her during her situation, but the point I want to focus on is the marriage. Her husband’s statement meant that marriage was all about love for him. Once he realized that he never had loving feelings for his wife he decided that the marriage was no longer valuable.

You know the saying “we wouldn’t date someone if they were the last person on earth,” luckily only Adam and Eve had to deal with that situation. I’m sure it wasn’t hard for them to love each other since they had no one else to compare their beauty and personalities with, but the moral of the story is that Adam had to choose to love Eve. God did not wait for Adam to fall in love with Eve because the marriage was not ultimately about how Adam felt. The marriage was about worshipping God.

It isn’t wrong to marry the person you fall in love with, but know that eventually, you will have to choose to love your spouse. Meaning that there will be times in your marriage when you feel like you married a brick wall and not the person that once made you unreasonably happy. Therefore, if you married someone because they make you unreasonably happy then you still have to choose to love them even when they make you sad, angry, insecure, or whatever.

After that statement, I will make it clear that I’m not suggesting to stay in a marriage no matter what. There are biblical laws that permits a divorce, but we’re not talking about abuse, adultery, or anything other than love. Divorcing someone because you no longer love them, or realize that you never did is biblically unlawful and just down right evil. Marriage isn’t the same commitment as to a job or a car. The military is an important commitment but if you decide that you no longer like the military or never did then you can quit with no hurt feelings or broken hearts. Some cars can last a lifetime, but if you suddenly have feelings to get something new then you can sell your car with no shame to your moral character.

Unlike jobs and cars our commitment to other human beings are much different. We cannot simply leave someone because we no longer have the same feelings as we did in the beginning of the marriage. Marriage isn’t about being with someone until the flames of love burns out, it isn’t about being with someone until they can no longer meet all your needs to your standard, it isn’t about leaving someone because you suddenly have emotions for another person. Marriage is about making a lifetime commitment and understanding that it shouldn’t be easily broken. Your marriage should be fought for until it feels like it’ll kill you because that is the commitment you chose to make, to love someone until death separates the two.

0 comments on “Marriage is More About Commitment Than Anything Else.”