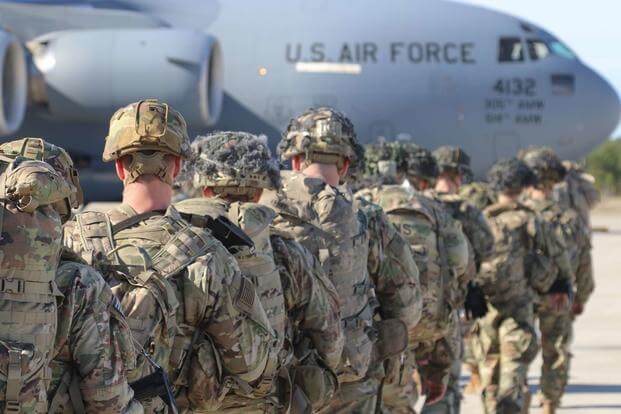 I leave the Army in September 2020. My wife asked me what are my plans. So far I have set myself up for success by having six years of Human Resources experience with two of them being in a manager position. I earned my M.S. in Human Resources Management in September 2019. I plan to do HR as a civilian and I’m currently waiting for a response from the internship program that I applied to.

Although, I can do some more things such as research HR companies and see if it’s a position I’ll be interested in or go ahead and apply to jobs just to see if my resume will get an interview. And even if I’m too far out to be able to take the job it’s still good to get some interviews in now to prepare myself.

But one thing my wife said that bothered me was that maybe I should stay in the Army because it might be easier for me. There are things about the Army that makes life easy such as a guaranteed paycheck, free healthcare, extra pay for housing. But there are also many more things that make life miserable in the Army like not knowing when you’re getting off work because Soldiers work until the mission is complete, not when their work hours are complete.

Yeah Soldiers get free healthcare, but the hospital at my base has a two star rating, and Ashleigh has mostly complained about her VA services. I rather take good quality paid healthcare than crappy free healthcare.

3,500 Soldiers are deploying to Iran because our President chose to kill the top general of the Iranian Army. I don’t look at the Army as an easy job to take care of my life. I see the Army for what it was created to do–fight and defend the nation’s wars. I don’t want to deploy to no overseas country and have to live 24/7 with people that get on my nerves and fight some war I can careless about.

That’s the problem. A lot of people are staying in the military because it’s the easier decision. They have become accustomed to the pay, benefits, and lifestyle of a service member and would rather stay comfortable and safe than pursue something that they much rather do. I believe I’ll be happier in some aspects as a civilian, but I’m also aware that there are many challenges that will come as a civilian that I wouldn’t have to worry about as a Soldier. But at the end of the day I rather take civilian challenges than go to war.

The reason why staying in the Army is so easy is because no matter how bad you are at Soldiering, Army folk will still encourage you to stay in the Army. I know Soldiers who can’t handle the simplest tasks of their job but they will still be encouraged to reenlist. You will never hear Army folk say “maybe the Army isn’t for you. You should look into a civilian career.” The only way the Army isn’t for you is if you build enough Article 15s for the Army to kick you out and make your civilian transition hard.

There’s only two ways Army folk are happy to see you leave: either through retirement, or kicked out.

One of my previous NCOs specifically said that she wasn’t going to write me a letter of recommendation. I have heard Sergeant Majors admit that NCOs are reluctant to assisting Soldiers who are voluntarily transitioning out of the Army.

I’m at my second duty station and I realize that the Army is more or less the same as in my job and the Army as a whole. I accomplished everything I wanted to do in the Army. I got my HR experience, I got manager experience, and I got my masters degree. I know I cannot take any of these things for granted, but I am confident that I have the right credentials to succeed.

0 comments on “The Easiest Decision Isn’t Always The Best”