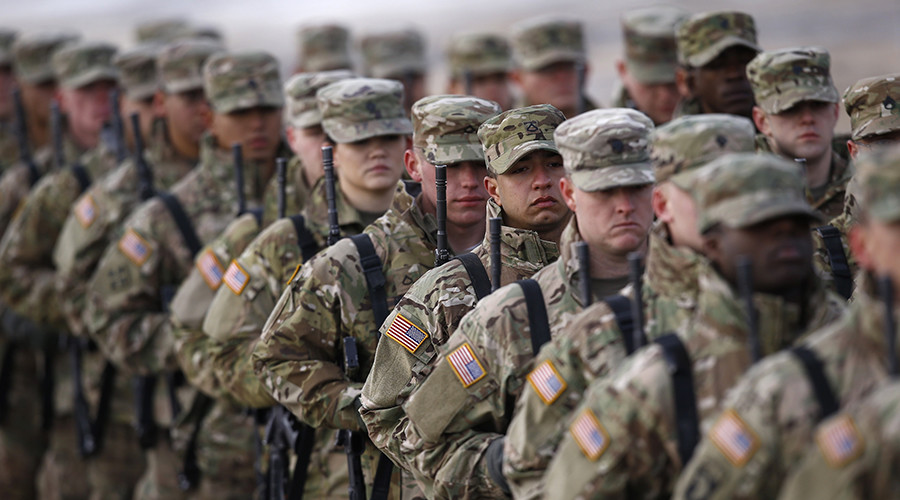 Come March 2020 I will have served 6 years on Active Duty Army. It will also be the month where I’m expected to start my internship before I finally ETS from the Army in September 2020. I can not wait for this new journey in my life mainly because I’m so sick and tired of being stressed in the Army and because it’s an opportunity to reinvent myself. I can do something completely different than the job I did in the Army, I have more control on my personal appearance, I can take my personality weaknesses that I had in the Army and make them strengths.

Now I’m down to less than 12 months left in the Army, I want to give advice from my experience to help others decide if they want to join and if they do then how they can make the best out of their military career.

If retirement is not in your plan then make sure you have a solid plan A and B, so people can’t discourage you. Because if you want to leave the Army before 20 years then Army folk will tell you that you’ll end up working at McDonalds. Its sad but true that the majority of Army folk will not support you leaving the military unless you are retiring. Don’t expect your NCO to help you transition out of the Army because 9/10 times they are jealous that they didn’t have the courage to leave. Have some plans to help yourself.

I really wanted to do Public Affairs but I didn’t meet the required GT score, so I settled for Human Resources. HR isn’t for me at least in the Army it isn’t. I feel like I’d probably stay in the Army longer if I was doing Public Affairs or Information Technology, but I’m not so I’m getting out and probably will pursue Public Affairs as a civilian.

I also made a mistake of signing a contract without the Student Loan Repayment program. My recruiter told me that the Army wasn’t offering it at the time and that it had to be in my contract. I had already signed my contract when I thought about it. What I wish I did was found out if it was available first and if it wasn’t then I should of just walked out the door. Don’t let a recruiter tell you what is or isn’t available no matter if it’s true or not. You’re risking your life for your country so you better get everything you want out of the Army because the Army will get all they want out of you.

If I could do it over I would have taken the ASVAB again until I got the score I needed to do Public Affairs and I wouldn’t have signed up until they offered me loan repayments. That way I would be less stressed by doing what I like to do and get out the Army student loan free. Don’t make the mistakes I made and settle for less.

These days many people join the Army for free education, a steady paycheck and benefits, job security, travel. Those are all good reasons but also realize that you’re joining an organization who’s primary purpose is to fight and defend the nation’s wars. When it’s war time the Army doesn’t just pick those who signed up for combat and let all the Soldiers who signed up for school hangout in garrison to work on their college credits.

I was blessed to have my first duty station in a Military Intelligence unit where we didn’t do field exercises, we didn’t deploy, and I was stationed in the beautiful state of Hawaii. I didn’t have the real Army experience and I’m glad because I didn’t want that. But, I know if I choose to retire from the Army then a combat deployment will come eventually. Even if the country is not at war I will have to have a deployment in order to career progress. I’ve seen it happen to other Soldiers. Or I probably would get selected to Drill Sergeant school or become a Recruiter. Both are positions I don’t want.

And I don’t want to deploy. I just signed up for job experience and college credits. I get anxiety just thinking about being deployed. Seeing photos of Soldiers deploying makes me feel sad. Carrying all that equipment, having to get on a big white bus like prisoners, having to fly tightly together on a C-130. Nah I’m good. I’m thankful that I’m in garrison and I get to go home no matter how long and stressful my day was. Being deployed there is no going home to your comforts. There is no weekend to destress. I can’t imagine having a day when my boss or my Soldiers get on my nerves but I have to see them 24/7. There’s no after-work hours or weekend break from them. Ain’t nothing in the Army I want or need that’s worth all that. Some people look forward to deployments. Kudos to them because I don’t.

Even though the Army gets on my last nerves sometime. It is still a good organization that will provide you the opportunities to succeed. Career progression is pretty much handed to you while you’re in. And you have the G.I Bill to get your free education and other programs that will pay for training certifications that civilian employers are looking for.

There will be stressful things in the Army that you cannot control. But for the most part the results of your happiness and satisfaction is in your hands. You have the power to choose your job and your career goals. Those who complain everyday probably are like me and chose a job that was available but wasn’t what they really wanted to do, or they missed out on an opportunity in their contract or at some point in their career. I don’t know.

I’m sure I’ll have stressful days as a civilian too. I’m not going to be naive and believe all my troubles and worries will end with a DD214. I had troubles and worries before the Army but I had many more of them while in the Army, so I’m excited to finally end this chapter of my life.

0 comments on “Things I learned From My Service In The Army.”